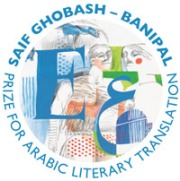 Roger Allen is the winner of the 2012 Saif Ghobash Banipal Prize for his translation of A Muslim Suicide by Bensalem Himmich, published by SU Press.  Allen retired from his position as the Sascha Jane Patterson Harvie Professor of Social Thought and Comparative Ethics in the School of Arts & Sciences at the University of Pennsylvania in 2011.  He is the author and translator of numerous books and articles on modern Arabic fiction, novels, and stories.  Roger Allen is also a contributing editor of Banipal and a trustee of the Banipal Trust for Arab Literature.

Congratulations on winning the Saif Ghobash-Banipal Prize for Arabic Literary Translation.  Can you tell us about your general translation philosophy and how you prepare for the work of translation?

“In the case of the novels of Salim Himmich, I am not only well acquainted with the author and his works, but have previous translated two of his other novels. In fact, the author told me that he was already writing this new novel while I was in the process of finishing the translation of his previous one (published as THE POLYMATH).  In the case of each novel, the preparatory phase has involved firstly reading the novel in its entirety, and, in the case of these historical novels, conducting research on the period in question (in this case, the history of Spain in the 13th century and the many dynasties scattered across the northern part of the African continent).  What is most important in assessing “translation strategy” is the level of language used by the author and the most appropriate level of English style to use in the translation process–that being something that involves a number of phases before the eventual product is ready.  I might suggest, in fact, that nothing has ever been translated that could not be adjusted or revised in some way after its publication.”

What did you find was the most challenging when translating A Muslim Suicide into English?

“In this case, the most difficult part of the process was the transfer of the hero’s mystical visions and thought into English, not to mention his extensive “classes” for his students in which he responds to questions about philosophy and the bases of faith.  This became yet more complicated when, in Bougie, a city in North Africa, the hero comes into contact with one of Sufism’s greatest poets, Al-Shushtari, who is to become a devotee of the hero and composes and performs  many odes in the hero’s honor.  Sufi discourse is maximally allegorical and multi-layered, and the translation of the poetry in particular was extremely difficult.”

Do you think you successfully met those challenges?  If so, what is one of your favorite moments in the translation?

“I think my favorite part comes in Book Three, where he meets al-Shushtari, the Sufi poet; chapter 4 is particularly difficult–with its quotations of the poet’s mystical verses, but I think I captured the essence of it.”

Were there phrases or concepts that simply could not be translated, either because of the language, the cultural nuance, or the style? How did you deal with that kind of material?

“In translation there will always be segments of the original text that resist translation.  That is where the interpretive skills of the translator are maximally employed, and a good knowledge of both literary traditions–the source and the target–are essential if the translation process is to succeed. This is particularly so in the case of this novel.  My solution to such issues in most cases was to resort to the preparation of  a lengthy and elaborate glossary, so that, if they so wished, readers could  enjoy (?) the experience of being mystified, or else find some kind of response to their curiosity by consulting the back of the book.”

I’ve heard people often speak of Arabic as an exceptionally poetic language.  Did you find yourself thinking about the poetry of Himmich’s prose as you translated?

“I think that every language can be “poetic” if the codes of the language used raise such feelings in the mind of the reader; I don’t think that Arabic is particularly so.  What I will say is that the morphological structures of Arabic are certainly conducive to rhyming, which is a part of the process of becoming :poetic.”  Himmich is a master of style and of the imitation of other writers’ and eras’ styles, and I have certainly made an effort to replicate that feature of his writing genius.”

This is third time translating one of Himmich’s novels.  To what extent do you think there is a consistent voice (for English-language readers) between the works?  How do you stay faithful to both your own writing style and Himmich’s?

“And…as I’ll note below, there’s a fourth novel of his in translation still seeking a publisher.  The novels that I have translated thus far have all been “historical” in the sense that they are about particularly prominent Muslim figures from the pre-modern era (although the latest one breaks with that pattern). Since I know him personally so well and he leaves the translation process entirely in my hands, I don’t feel that there are any residual problems of style.” 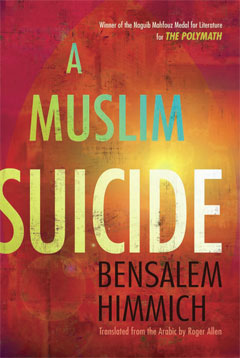 e there any upcoming translation projects you’re planning for the near future?

“Well, I’m glad you asked !!!  I have so many projects at different stages with Syracuse UP–this Himmich that has now come out, the al-Koni aphorisms, the Zifzaf short-story collection, and the translation of Kilito’s essays (as second translator)– that I don’t think I have sent you my translation of his highly controversial novel, which I have translated as MY TORTURESS.  It is about the awful process of “extraordinary rendition.” A Moroccan Muslim is arrested on suspicion of being related to a terrorist and spends six years in an unidentified prison-camp (obviously run under the aegis of the Americans).  Frankly, I don’t know if people are scared of such an emotive topic, but I have been having a great deal of difficulty placing this translation.  If you want to see it (in spite of the number of things I already have with you), I’ll be glad to send it up. In addition to all that, I already have from Himmich his very latest novel–not yet published.  It’s going to be called A BUSINESSWOMAN. I have decided not to start translating it until I have placed MY TORTURESS somewhere…”

What are some great English translations of Arabic literature that we might pick up in the meantime?

“If you’re really interested in translations of modern Arabic literature, I’d warmly suggest subscribing to the London-based journal, BANIPAL (they have an excellent website)–the one through which the Ghobash Prize is offered.  They are continually publishing extracts from longer works that might be of interest to your series. The problem that I have in identifying particular authors and works is a happy one: there’s so much being written and translated now that I have a very difficult time keeping up with it all, not least because I have officially retired!

As part of truth in advertising about BANIPAL, I have been on the prize’s jury and am a member of the boards of both the trust that runs it and of the journal itself. You might be interested in the fact that they (mostly in the person of Margaret O’Bank) now run an Arab Cultural Center in London where I gave a “master-class” on translation at the time of the Prize ceremony in February; the Center is the home to an increasingly large library of Arabic literature in translation. [www.arabbritishcentre.org.uk/.”

Given your expertise in Arabic literature, do you have any advice for first-time readers of Arabic?

“I think the best advice I can give incipient readers of works of literature translated from Arabic is to approach the process with an open mind–a mind open to difference(s), and to relish the opportunity of engaging with those differences.  As I have written in more than one of my essays on translation (such as my Presidential Address to the Middle East Studies Association –now published as “A Translator’s Tale,’ Presidential Address, MESA Conference [San Diego] 2010, Review of Middle East Studies Vol. 45 no. 1 (Summer 2011): 3-18), you do not read translated works of literature in order to encounter the familiar.

Obviously, any kind of familiarity with the Arabic literary tradition will be helpful as an introduction to the literary tradition in Arabic.  My INTRODUCTION TO ARABIC LITERATURE [Cambridge UP, 2000] is intended to offer such access (and it’s in paperback!).”

My name on his tongue

“These poems carry our breath through the pain, wit, and candour of disorienting memoir….Hers is a poetry that manages to be open and simple, but rich and dense at the same time.”

“In depicting Ibn Sab’in’s physical and spiritual journey Himmich re-creates the political tensions together with the intellectual and religious antagonism of the time.”

“Examines and radically reconsiders over a century of Egyptian Arabic novels and the literary discourse surrounding them, unearthing works that have traditionally been excluded from the dominant cultural canon.”

Syracuse University Press is proud to announce Roger Allen as winner of the 2012 Saif Ghobash Banipal Prize for his notable translation of A Muslim Suicide by Bensalem Himmich.  The Banipal Prize is an annual award honoring the top English translation(s) of a full-length Arabic work of literary merit.  Judging both the Arabic original and the English translation, the 4 panel members are of knowledgeable background as poets, authors, broadcasters, and translators. They described the winning translation as “A highly challenging, yet deeply enriching read… a major achievement.”

The award ceremony for the translation prizes will be held Monday, February 4that King’s Place in London with readings and lectures by the prize winners.  Tuesday, February 5th, Roger Allen will host a masterclass on Arabic literary translation and a conversation with the author of A Muslim Suicide Bensalem Himmich, followed by a reception.