For 15 consecutive years, the Independent Publisher Book Awards contest has successfully united independent authors and publishers to celebrate the top books in various categories.  It’s safe to say that the 16th Annual Award ceremony, held on June 4th in New York, was equally as successful, if not more so. According to the Independent Publisher website, “This year’s entry totals are the biggest ever, with 4,813 print book entries, 390 e-book entries, and an average category size of 50.”

Syracuse University’s Stone Canoe: A Journal of Arts, Literature and Social Commentary, Number 6, edited by Robert Colley, won the IPPY Gold Metal for the Anthologies category. This 2012 edition features the work of over 100 artists and writers focusing on poetry, short fiction, nonfiction, drama and visual arts (shown below). It has also expanded its range to include articles on technology, film, video and music. Additional content is available at www.stonecanoejournal.org.

Congratulations to Stone Canoe and all the other category medalists! Ainé Greaney’s Irish novel, Dance Lessons, made the shortlist for the 2012 International Rubery Book Awards. The Short Story Judge, Claire Morrell, is experienced in the subject with five successful novels, among other noteworthy achievements. The International Rubery Award is held annually to reward, primarily, independent and self-publishers for their quality work.

Dance Lessons, published by Syracuse University Press in 2011, is an Irish fiction novel that takes 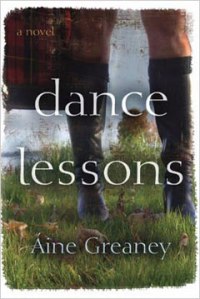 you on an emotional journey filled with feelings of loss, regret, and transformation. Publishers Weekly states, “Greaney’s second novel (after The Big House) depicts grief with trust in the reader’s empathy. The author is able to capture emotional nuance with minimal flourish; her characters emerge as strong individuals confronting unexpected pain.” Ainé Greaney has written several award-winning short stories and numerous feature articles for the Irish Independent, the Irish Voice, Creative Nonfiction, and the Literary Review.

Once hot dogs, hamburgers, and fireworks are all finished, sit down with Drums Along the Mohawk. National Book Award winner, Walter Edmonds penned a masterpiece of historical fiction that brings our state’s past to life in vivid detail.

“The best work of its kind. Throbs with life upon a hostile frontier . . . doubly thrilling as Mr. Edmonds sets it down, touched with local color, lively with dialogue, bright with suspense.” —New York Times

This Father’s Day Give the Gift of a Book!

Father’s Day approaching on June 17th, it can be challenging to scramble together a last minute gift. What’s a better way to honor your father than with a great field guide he can take on a hike or a historic journey he can immerse himself in before drifting to sleep? Luckily with the help of SU Press you can pick out a great book or two from our list. Whether your dad is nature lover, a sports fanatic, or just loves poetry, we’ve got you covered.

or the adventurous dad:

1.) Boldt Castle: In Search of the Lost Story By Paul Malo

For the nature lover:

For the sports fanatic:

3.) Moonfixer: The Basketball Journey of Earl Lloyd By Earl Lloy

4.) Muscle and Manliness: The Rise of Sport in American Boarding Schools By Axel Bundgaard

5.) Anything for a T-Shirt: Fred Lebow and the New York City Marathon, the World’s Greatest Footrace By Ron Rubin

1.) Seven Generations of Iroquois Leadership: The Six Nations since 1800 By Laurence M. Hauptman

3.) Monumental New York! A Guide to 30 Iconic Memorials in Upstate New York By Chuck D’Imperio with a Foreword by Senator James L. Seward

For the creative soul:

1.) Gin Before Breakfast: The Dilemma of the Poet in the Newsroom By W. Dale Nelson

2.) Like a Man Gone Mad: Poems in a New Century By Samuel Hazo

3.) Finding the Jewish Shakespeare: The Life and Legacy of Jacob Gordin By Beth Kaplan

k on the book image to link to our website. Find the perfect book th

is year for your special dad!

Asa published Syracuse University Press author it will be my pleasure to drop in on this blog every couple of weeks to share with you some of my stories and travels around New York from my latest book Monumental New York! (SUP).  This really was a fun book to research and write.  My travels took me from one end of New York (lower Hudson Valley) to the other (the High Peaks of the Adirondacks).  Plus of course a fascinating journey through the Finger Lakes and on out to Western New York.  Really, what a breathtaking state we are blessed to have in New York!

My specialty is monuments!  My book takes an extensive look at some of the most interesting monuments, statues and memorials found throughout Upstate New York.  They celebrate an astounding pageant of history (both national and state) and are touchstones to some of the most famous and infamous personalities to ever trod the forests, fields and city streets of the Empire State.  I hope you enjoy my vignettes, all taken from my new book.

When next we visit we will meet a little girl, her horse named “Star” and an incredible monument created by one of America’s most famous female sculptors.

Both awarded titles tastefully represent the Arab American National Museum’s mission by preserving the history, culture, and contributions of Arab Americans through literature. Congratulations to our wonderful editors!

sity Press’ new book list, the time has come!  Our Fall/Winter 2012 book catalog is now available on our website.  This season, we are pleased to announce a variety of different books, ranging from topics such as Television and Pop Culture to Peace and Conflict Resolution.  There is sure to be a read of interest out there for everyone!

looking for an award-winning title, make sure to check out “Tree of Pearls, Queen of Egypt,” translated from Arabic by Samah Selim.  This classic novel, originally published in 1914, unravels the adventurous story of a famous Arab queen.  As the winner of the King Fahd Center for Middle East and Islamic Studies Translation of Arabic Literature Award, this book is without a doubt an irresistible read.

If you are an Upstate New York native or, like us, reside in Syracuse, you must rea

d “Lake Effect: Tales of Large Lakes, Artic Winds, and Recurrent Snows.”  Mark Monmonier, a Syracuse University professor, offers a detailed examination of Lake Effect Snow and the social impacts of extreme weather.  Scientific American reviews it as “an artful and funny book, which like any good map, packs plenty in little space.”

View our full Fall/Winter 2012 Catalog on our website to find these two books, as well as many other new titles.

Laurence M. Hauptman’s book, Seven Generations of Iroquois Leadership, is an epic study of North American history that captures the significance and shaping of the Six Nations. Tracing back 200 years, it focuses on the commitment of heroic Iroquois leaders in overcoming past to present day historical struggles. Not only does Hauptman’s book highlight the importance of these leaders, but it also studies the key role feminine leaders play in Iroquois survival.

One of the many positive reviews, by author Carl Benn, states, “With his usual scholarship, clarity, and passion, Laurence Hauptman has made another important contribution to understanding the Iroquois world, in this case through a fascinating exploration of the men and women who provided leadership in addressing the challenges faced by the Six Nations over the last two centuries.” This book is a powerful, educational read for students of many ages as it portrays momentous Iroquois learning, while also touching on important life values.

It goes without surprise that this esteemed title is recognized for its distinguished scholarship as the winner of the 2012 Herbert H. Lehman Prize. The prize, named in honor of Governor Herbert H. Lehman, is part of the New York Academy of History’s mission to promote and honor outstanding historical research and writing. Seven Generations of Iroquois Leadership will not only be a commemoration of Iroquois History, but will continue to further encourage the appreciation and study of History throughout New York.

The Herbert H. Lehman Prize will be awarded to Laurence M. Hauptman on April 12th at the Century Association in New York.

Enjoy one of our Irish Studies books for St. Patty’s Day!

With St. Patrick’s Day approaching this weekend, take a peek at our wonderful Irish Studies Series. We have many great Irish literature titles available to put you in the holiday mood. Some of our newer titles featured are Collaborative Dubliners, Memory Ireland Volume 1: History and Modernity, Memory Ireland Volume 2: Diaspora and Memory Practices, The Midnight Court: A Critical Edition, Samuel Beckett in the Literary Marketplace, and Dance Lessons: A Novel.

Get started by visiting the Syracuse University Press Irish Studies Series at: http://www.syracuseuniversitypress.syr.edu/books-in-print-series/irish-studies.html