A New Perspective on Margaret Drabble

While renowned British novelist Margaret Drabble is recognized for her fiction, her connection to the theater is what inspired her to experiment with dramatic form. Drabble’s two plays, Laura (1964), a television play, and Bird of Paradise (1969), a stage play, delve into the domestic life and social class of women in the twentieth century. In editor José Francisco Fernández’s new critical edition, The Plays of Margaret Drabble, both plays are included and accompanied by critical essays which provide valuable insight into the historical and social context of each. 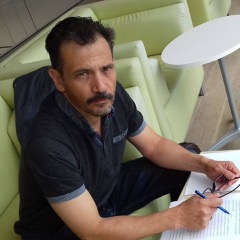 Fernández is a professor at the University of Almería in Spain. He is the editor of Drabble’s short story collection A Day in the Life of a Smiling Woman: Complete Short Stories, and is also a fan of Drabble’s writing. We interviewed Fernández about his latest project which explores the understudied body of Drabble’s work.

What inspired you to undertake this project?
I am very interested in the historical context that appears as a background to her novels and short stories. I knew that she had written two plays for the stage (one for TV and one for the theater) and when I read them I realized, first, that they were very good, and, second, that they reflected the ideological environment of a decade of changes in British history, the 1960’s, with great accuracy. I simply felt that these plays had to reach a modern audience. 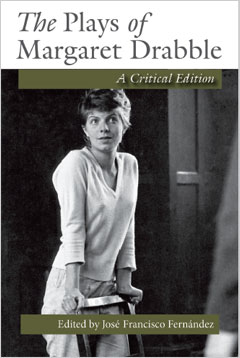 What is the most surprising thing you learned while editing this collection?
I learned that the best way to be universal is by focusing on the local. The protagonist of Laura, for instance, is clearly a product of Drabble’s generation, a time when women were beginning to question the place they occupied in a patriarchal society. But, at the same time, the characters’ complaints can resonate in a myriad of situations today with any young mother feeling trapped in her assigned role. Margaret Drabble is able to capture the longings and the contradictions of female characters perhaps like no other contemporary writer.

Do these plays resonate with the current social/political climate? How do they reflect a very different era?
The protagonists of these plays do not blindly accept the tenets of the official discourse of the day; they are critical of the message transmitted from the spheres of power that were, basically, projecting a high level of conformity with what had been achieved by the welfare state.  As individuals, these women feel that they do not want to conform and that they want to grow personally and professionally without being judged or classified into feminine stereotypes. In that sense, the plays are very modern, that questioning attitude is much in need today.  The economic conditions of the day were very different, but the spirit is still valid. 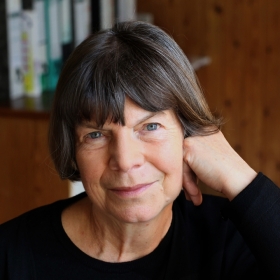 What draws you to Margaret Drabble’s work?
I think she is an honest writer who bares her soul in every book, without subterfuges or tricks for the reader. The directness of her voice is what I find most compelling.

In what ways does her writing for the stage differ from her novels and short stories?
As an accomplished novelist, it is fascinating how Margaret Drabble immediately grasped the principles of theater writing… In her two plays, we actually listen to her female characters speak and explain themselves. There are, of course, dialogues in her novels, but here the medium is exclusively the spoken voice and it comes out with power and brio.

Convince someone to read Drabble’s plays in 50 words or less.
That’s easy; enjoy the pleasure of reading good literature. As an example, I’ll offer a quote from Bird of Paradise, when Sophy West, feeling the burden that is put on her shoulders, addresses the audience and says:

“It would be pleasant, of course, to think that these clichés had no relevance. It would be pleasant to dismiss them, pleasant to condemn their reiteration. I try to evade them, I evoke images to escape them – a golden bird, an emerald-green vest, a man who views me with neutrality – but it does not help me. History meets in my bones. It lifts my hand to pour the coffee at breakfast, it hardens my tones, it smiles in my smiling public face, it lifts my skirts and it bares my bosom. The bird flies away, alarmed by these mechanical snares.”

This entry was posted on January 17, 2019 by syrupress. It was filed under Uncategorized .